Yes folks, we’re back. There’s been a bit of a break in blogging for a couple of reasons. First, we bought a block of time on the ship and needed to keep some of it back so we could check in our return flights on-line and second, we both came down with attacks of coughing and suchlike after some sudden hot and cold weather changes on the last day and we’re just about back to normal now.

Anyway, back to the plot.

Sorrento was our last port of call. We anchored in the bay of Naples and here is the final Veranda View of the holiday (I don’t count the last one as we were in some industrial docks). 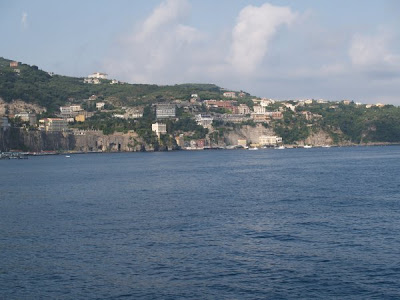 We took the tender ashore and this was the general view. The minibus ride up to town was a bit hair raising in the narrow streets. 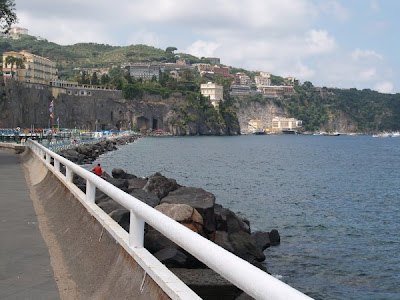 Back down at the port waiting for the tender we found this little fellow and some of his friends. 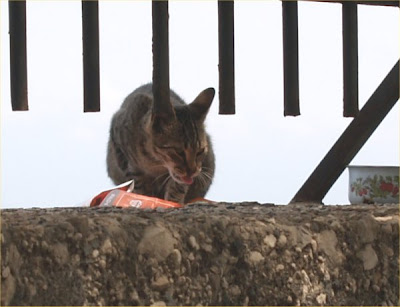 Speaking of tenders, this is one in Sorrento, and here is the other one on the way back to the ship. It was nice and calm during the morning but by afternoon it got quite rough, with 30 mph winds. 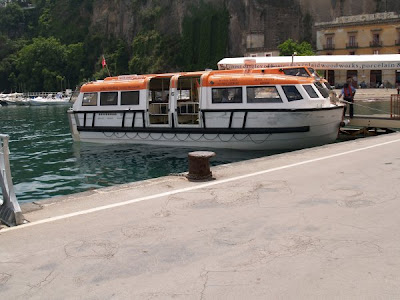 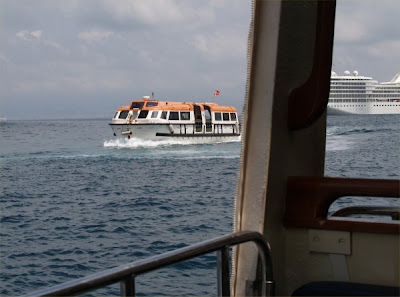 At one point they had to turn the ship to give the tender some shelter as it came alongside. This is the small hole in the ship’s side you have to aim at. 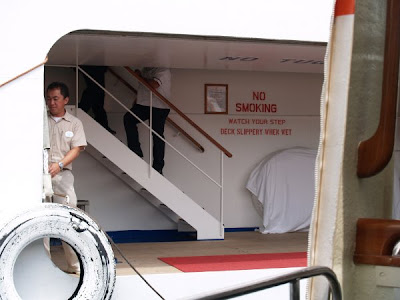 So there we are. We left the ship at 9:30 and were home twelve hours later, despite BA’s best efforts to delay us in Rome. And our luggage made it home too. Amazing.

We’ll get a full picture gallery up when we’ve had a chance to sort them out.

Welcome home, glad you had such a good time, coughs etc permitting. The oictures have been great!