This global warming is getting beyond a joke. The snow began on Wednesday, and began falling really hard on Friday. This is the view from the front of our house 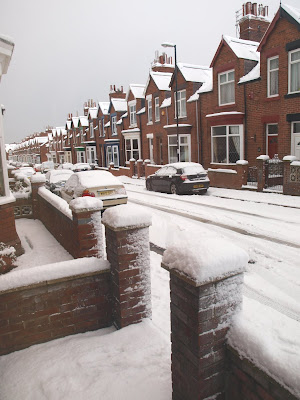 And this is the view from the back. 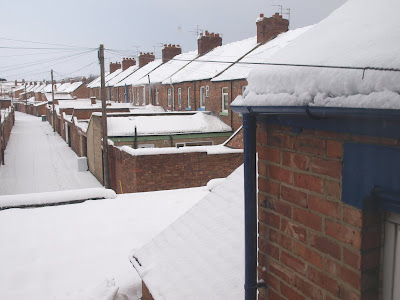 And the shed roof shows how deep the snow is. 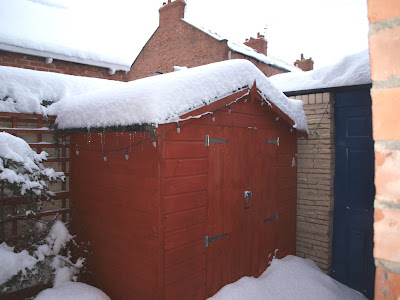 Meanwhile one of out neighbours wins the prize for the biggest icicle. 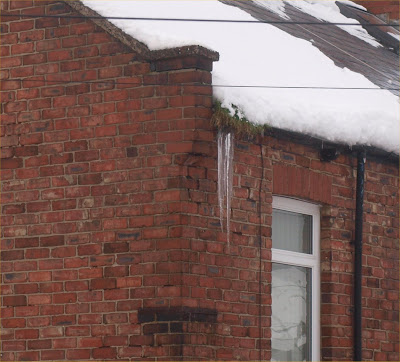 I’ve been wanting to do make some homemade mincemeat for years but, for one reason or another, never got round to it.

This year I (with the help of John) decided to give it a go. It was a toss up between Delia’s or the Hairy’s mincemeat recipe. Delia’s took too long to do, so the Hairy’s won. 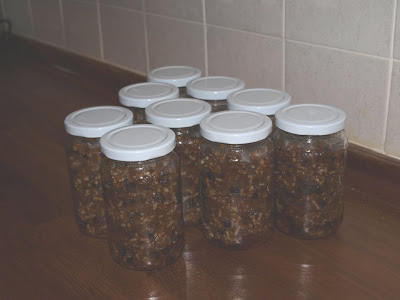 I slightly adapted the recipe as we don’t like ginger and didn’t have any brandy or sherry, so just used rum instead.

Anyone for a mince pie….

The tumult and the shouting dies;
The Captains and the Kings depart;
Still stands Thine ancient sacrifice,
An humble and a contrite heart.
Lord God of Hosts, be with us yet,
Lest we forget - lest we forget.

From "Recessional" by Rudyard Kipling 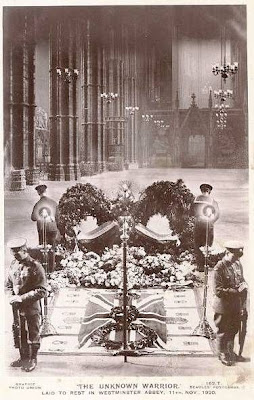 You have probably never heard of David Railton, but his idea touched the hearts of many.

In 1920 he was a vicar in Margate and when the Cenotaph in Whitehall was unveiled he was reminded of a time, back in 1916 when he was an army chaplain. He had been conducting a burial service somewhere near Armentieres and in the back garden of his billet, very close to the house, was a grave marked by a rough, white cross. On the cross was inscribed in black pencilled letters: 'An Unknown British Soldier'.

The scene at the Cenotaph spurred him to put his thoughts into action. He wrote to the Dean of Westminster, Bishop Ryle, asking whether he would permit the body of an unknown soldier to be buried in Westminster Abbey. The Dean responded warmly to the suggestion and wrote to the King. Initially the King was not responsive to the idea, perhaps thinking that two years after the end of the war it may reopen the war wound which time is gradually healing.

But the Dean was undismayed. He now wrote to the Prime Minister, Lloyd George, and to the C.I.G.S. (Chief of Imperial General Staff, Field Marshal Sir Henry Wilson). They took up the idea with enthusiasm and reluctantly the King gave his assent. An announcement was made in the House of Commons and Lord Curzon, the Foreign Secretary, was appointed chairman of the cabinet committee responsible for the ceremony.

In October 1920, the G.O.C. in France & Flanders was Brigadier-General L.J. Wyatt. As such, it was he who issued the necessary instructions and it was he who selected the body.

According to the Brigadier he gave orders for four unidentified bodies of British soldiers to be brought in, one from each of the main battle areas: Ypres. the Somme, Arras and the Aisne (some reports say six bodies). They were brought in on the night of 7th November and placed in the hut which served as the chapel for the garrison. The parties that brought the remains in. returned immediately to their respective areas so they had no way of knowing which body had been chosen.

At midnight, accompanied by a senior member of his staff, he entered the chapel and selected one of the bodies which lay on stretchers covered by Union Jacks. The other bodies were taken out and buried in the nearby British military cemetery of St. Pol-sur-Ternoise.

The remains were placed in the casket brought over from Britain, bearing the inscription:

The next day the Unknown Warrior began the last stage of his journey home, beginning with speeches from prominent French politicians before travelling with an escort of British and French cavalry to the quayside to board HMS Verdun At 3.30 pm H.M.S. Verdun came alongside at the Admiralty Pier, Dover and as she did so a nineteen gun salute was fired from Dover Castle and the band played 'Land of Hope and Glory'. Six warrant officers representing the various services carried the coffin off the ship and handed it over to six senior officers who acted as pall bearers.

Three hours later the train drew into Victoria station where a guard of honour from the 1st Grenadier Guards waited. The body remained in the station in the funeral coach that night, watched over by a guard from the Grenadiers.

Just before 10 o'clock on November 11th the procession started from Victoria led by massed bands, the drums muffled and encased in black. On either side of the coffin marched four Admirals, four Field marshals, three Generals and an Air Marshal.

At 10.40 am the King came out from the Home Office accompanied by the Prince of Wales, the Duke of York, Prince Henry (later to become Duke of Gloucester) and the Duke of Connaught. He took up his place with his back to the Cenotaph, still shrouded with Union Jacks. Queen Mary, Queen Alexandra the Queen Mother and Queen Ena of Spain watched from the Home Office balcony. As Big Ben sounded quarter to the hour the head of the procession passed the Cenotaph and gun carriage swung round across the road and stopped immediately in front of the King with the pall bearers drawn up in line behind it. The King stepped forward and laid a wreath on the coffin, bearing a card with the following inscription in the King's handwriting:

'In proud memory of those Warriors who died unknown in the Great War. Unknown, and yet well known; as dying, and beheld they live.'
George. R.I.

The last note of eleven o'clock died away and everything was still. Throughout the capital, throughout the land, across the Empire and on the seas all stood in silence. The Cornish Riviera express halted near Taplow; the Irish Mail came to a stop near Crewe. The stillness was total, the silence complete.

Then came the clear, haunting sound of the Last Post and as the notes died away the King stepped forward and laid his wreath against the Cenotaph, followed by the Prince of Wales, the Prime Minister (Lloyd George) and representatives of the Empire.
The procession now began to move towards the Abbey with the King and the Princes marching behind the gun carriage. As the bearer party entered the Abbey with the coffin they passed between two ranks of a guard of honour made up of ninety-six men decorated for gallantry, seventy four of them holders of the Victoria Cross.

The King stood at the head of the grave facing the Archbishop of Canterbury. the Dean and the Bishop of London; the pall bearers stood on either side while Lloyd George with Asquith and the members of the Cabinet were grouped in rows behind the King. During the singing the bearer party came forward, removed the wreath, side arms and helmet and the Union flag and lowered the coffin into the grave. The service continued, and at the words "Earth to earth, ashes to ashes . . ." the King sprinkled French earth onto the coffin. The grave was later filled in with earth brought over from France.
Posted by Marie and John at Wednesday, November 10, 2010 No comments:

As of yesterday we have been without our broadband for Seven weeks.

Last weekend we thought it was fixed. It came on at 4:30 on Friday and lasted until Sunday evening.

It came back on Monday morning and went away on Monday evening and hasn't been seen since. As you can imagine we're not happy.

We fully intend to ditch our less than helpful ISP but as the fault is not in the hands of BT Openreach there's not a lot we can do until it's fixed.

I was shocked to read a survey in a magazine that ranked MinusNet as fifth best for customer service and support. Some mistake there. Presumably it was an internet survey and those without broadband couldn't take part.

John
Posted by Marie and John at Monday, November 08, 2010 No comments: