How we discovered crusing

Six and a half years ago we decided to go to the Monaco Grand Prix. We looked through the various motor sport travel company brochures offering packages to the Grand Prix, but there were so many options to choose from.

We decided that we would prefer to stay in Monte Carlo as apposed to staying in Nice and travelling into Monaco for qualifying and the race.

Our next decision was where to stay. Monaco isn’t a cheap country so naturally all the hotels were expensive. Once we had chosen a hotel, we then had to think about the cost of the race tickets (£420 each for the full weekend), plus on top of that was the cost of eating and drinking in Monaco. We estimated that the total cost would be pretty eye watering….

While flicking through the brochures again something caught John’s eye. It was a five day Monaco Grand Prix cruise with the cruise line Silversea. As well as it being a six star cruise ship, all food and drinks were included, and no tipping was allowed. On the Friday night there was to be a special Grand Prix dinner party taking place at the Monte Carlo Grand Hotel, with the dress code being black tie for men and Bugatti Blue cocktail dress for ladies. 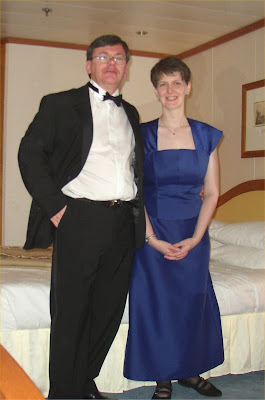 Also on board would be Sir Stirling Moss and Murray Walker. Plus race tickets for the entire weekend in a grandstand with a superb view thrown in. 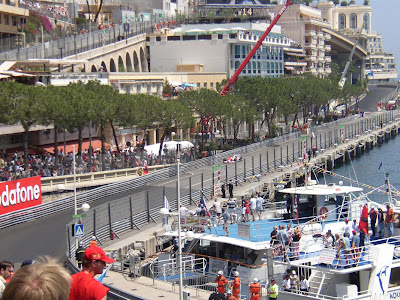 As you can imagine we were drooling over this but expected it to be extremely expensive. To our complete surprise the cruise package was actually cheaper than doing it independently. So of course we just had to choose the cruise option ! ! ! 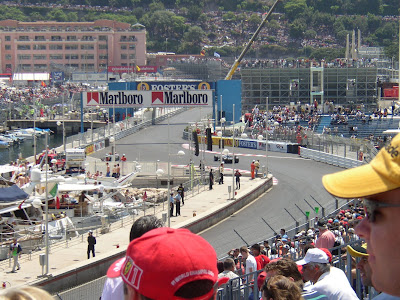 While we were walking back to the ship after the race we both said that although we were having a fabulous time, the race actually got in the way of us enjoying the cruise experience. So we decided that the following year we would go on a Silversea cruise, just to see what it was like without the race. We’ve now done four….

What a glamorous post, Marie.
And an exquisite dress. Now, did you make that one? what a handsome couple you make.

Monte Carlo eh? very swish. I always think of Patrick Wayne.
My Mum's been there, she loved it like you xxxxx