The ship in the street

We're in Sete today. It's a fishing port where the Canal du Midi joins the Mediterranean. But before that, today's Veranda View. We're on the seaward side so it's of the port, and a ferry just arriving from Palermo. It's called the Fantastic. 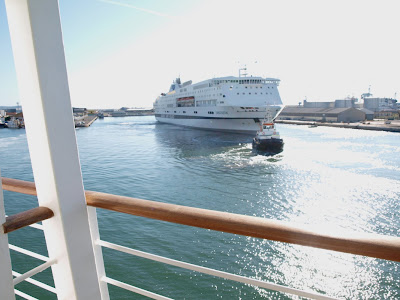 But back to today. We had a stroll round town, and Marie bought some fabric. Note for Jenny, it's got CATS on it. On the way back to the ship we stopped and took a photograph of the ship on the street. Not everyday we park among the cars. 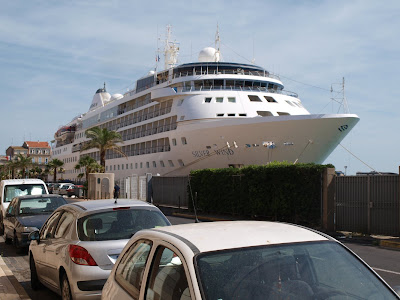 We're at sea all day tomorrow, during which time we will squeeze through the little gap between Corsica and Sardinia, before we arrive at Sorrento on Monday morning.

Tonight is the Captains cocktail reception and it's formal dress, so I had better get off now and try to remember how to fasten a bow tie ...