For the past few days I’ve been watching the first couple of episodes from series one of Torchwood on the DVD player.

Yesterday afternoon I settled down to watch episode six. It started off ok - the voice of Jack saying ‘Torchwood. Outside the Government, beyond the Police…’

The ‘scary’ music was playing and a woman’s mobile phone rang. She answered it but no words could be heard. The music continued and I could hear her car coming to a stop on the road. Again she opened her mouth but no words came out.

I skipped through various scenes and the same thing happened. I tried the next episode but it was still the same.

I even tried the episodes I had watch the day before. The same thing happened.

Thinking there might be a problem with the DVD player I loaded one of my ‘Family Guy’ DVD’s in to the player. That worked perfectly….

Last night after we had watched a film on the DVD player John tried to see if he could get Torchwood to work. The same thing to him.

This morning I decided to try Torchwood on my new TV/DVD player which is in my work room. I’ve played a DVD on the new TV before, but this time I couldn’t find the DVD slot.

It was ridiculous. Of course it was there. I spent ages pressing buttons on the remote trying to get the slot to open, then running my hands over the TV to try and find where it was. It was not there ….

You think we've had it bad do you ?

Well here are a few pictures from Canada and Russia to show you what REAL snow looks like. But first, here is how they clear snow from their roof in Italy, the land where health and safety is unknown. 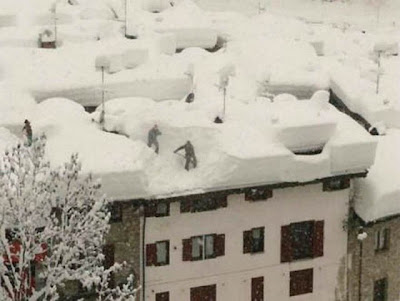 Now to Canada and a look at the Labrador Highway 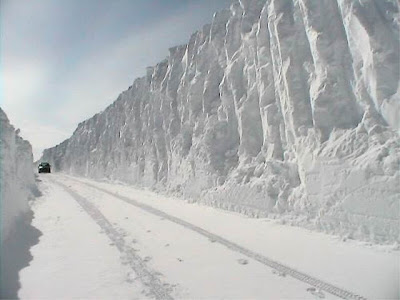 And here's why the 'phones in Russia don't always work as well as they should. 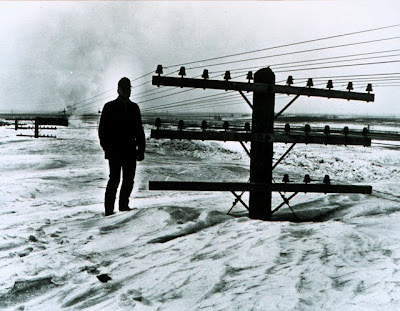 And finally a few pictures showing why you should never leave your car out in the snow ... 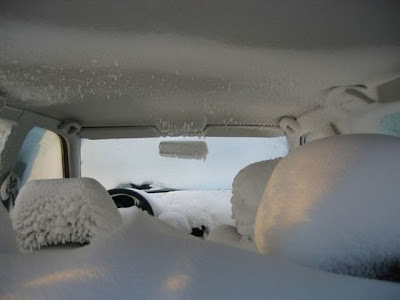 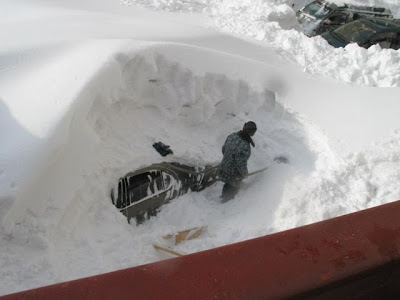 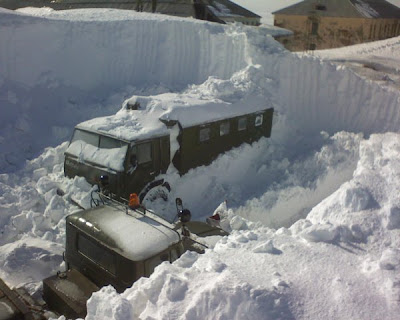 Remember the problem I had with my back when I was in hospital, well it’s returned…

Not the weekend just gone, but the one before that, we were in Scotland finalising things for Renfrew conference. We think it was either the long car journey or the hotel bed that set my back off again.

Last Monday I started to get pains in my lower back and both of my legs, and as the week progressed, they gradually got worse.

Now I can hardly move first thing on a morning as the pain is excruciating. It is not nice….

This afternoon I was back at the hospital to see my orthopaedic consultant. As usual his opening lines were “How are you doing”.
My reply was “I was fine until Monday…”.

He explained as I now had a weakness in my back, the disks would continue to displace and that the only cure would be surgery on my spine. Wonderful !!!!

Thankfully that’s not a route he nor I want to take right now. As if I didn’t have enough to worry about.

He’s prescribed me some stronger painkillers in the hope that will ease it a little and fingers crossed it will settle down like it did when I was in hospital.

He then asked how I got on when I saw the Plastic Man last week. I explained that I wasn’t impressed with him and that he didn’t think it was possible for him to do the plastic surgery what my consultant wanted.

“Did he now!”, replied my consultant.

I don’t think I’d like to be in the Plastic Man’s shoes when he next has a chat with my consultant...

Marie
Posted by Marie and John at Monday, February 15, 2010 No comments:

Yesterday I had an appointment at the hospital to see a plastic surgeon. The infection in my hip had eaten everything in it’s path – skin, bone, muscle, even metal !!!

Consequently once my metal hip (or what was left of it….) had been removed, all that was left was a huge cavity.

In order to try and put another hip in, my orthopaedic consultant arranged for me to see the plastic man as I was going to need a skin graft on my hip and a muscle transplant to replace what had been eaten.

To cut a long story short, I wasn’t impressed with the plastic man. According to my consultant they had had several long chats about what various procedures would be done. You could have fooled me…

If it wasn’t for my name being on the file that was in his hand, I would have said he had the wrong patient. I also know it was the right plastic man as he introduced himself when he first came into the room.

To be honest it was pretty much a waste of time. It’ll be interesting to see what he actually wrote in his notes.

I’ll find out when I next go to see my consultant. It’s supposed to be on Monday. However I’ve been trying for several weeks to get the appointment time moved back half an hour as I can’t make it at the time they’ve given me.

Whenever I’ve rang the reception to get the time changed they said that there were no later appointments, so I’d have to keep ringing back every few days to see if any later ones have become available. This has been going on for over eight weeks…

I rang them this morning and was told the latest appointment they could give me was 2.15pm. I explained that was still no good as the earliest I could get there was 2.30pm.

They couldn’t give me anything later as that would mean the consultant would be hanging around until I got there.

I was to ring them on Friday and if the latest time they could give me was still 2.15pm, they would change my appointment time of 1.50pm to 2.15pm then make a note on my file that I would be fifteen minutes late.

In January I set myself some challengers for 2010. They were to read two books a month, complete my two cross stitch projects and finish my crochet and knitting blankets.

I read the two books: ‘Home in time for breakfast – a WW1 diary’ and ‘MASH an army surgeon in Korea’.

I’ve done a little bit of one of the cross stitch projects. The other one is on black fabric, and as my eyes aren’t as good as they used to be, I need good sunlight when I’m working on it.

I’ve now got only 39 ½ knitted squares and seven more ‘rounds’ to do on the blankets.