As I’m stuck at home pretty much all of the time, stopping myself from being bored can be a little difficult. There are always things on the go.

I’ve also been trying my hand at making bags and making models (photos of which will appear in ‘Keeping busy – part 2’).

This was my first attempt at bag making. It’s mainly scraps of material from John’s old work shirts. 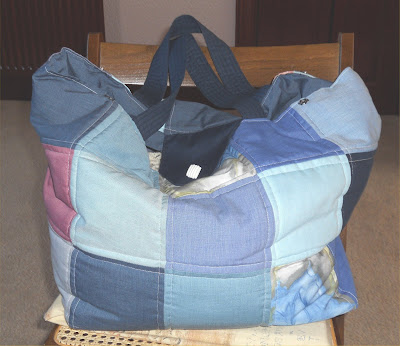 I made this make-up bag from an old camisole top. 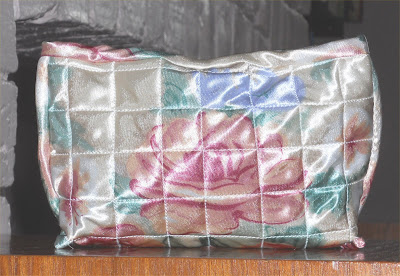 This one was my first attempt a making a patchwork bag. Again it’s made up of scraps of material. It has two flaps so you can wear it different ways. 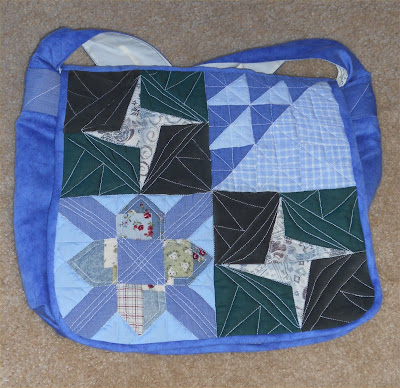 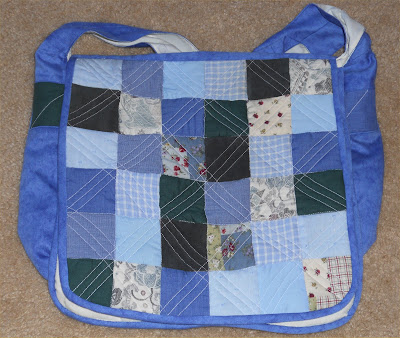 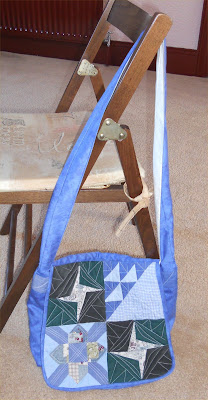 After making three bags, and with help from my mam who’s very much into patchwork/quilting, I felt confident enough to make a proper one, using bought fabric.

It was a birthday present for Jenny (I hope she liked it !!!!!). Just for a bit of fun I quilted paw prints going up and down the bag and attached a keyring coin purse to one of the straps. 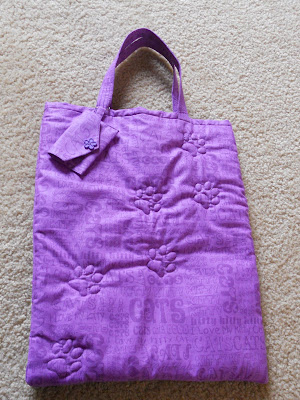 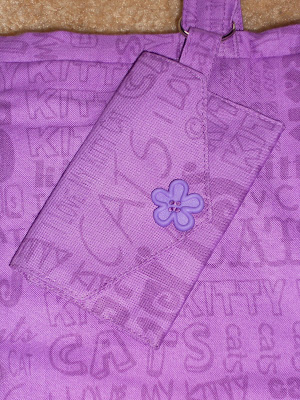 As I’ve got a huge box full of scrap bits of fabric it’s my plan to make as many bags as I can, just by using up the scraps. Thankfully a woman can never have too many bags…..

Things have been very quiet in the BOGOF household – as usual – so I thought I’d briefly keep you up-to-date with all things medical (a full various of events will appear in the Joint Journal – when I eventually get them written up !!!!)

Not content with being on Kermit’s, the Man Himself and the Back Man’s consulting books, I’ve now on another two - with one more to be added later….

The first one is a pain consultant – other wise known as the Pain Man. My GP referred me to see him as my painkillers weren’t working and she’d ran out of idea’s as to what to give me. He upped the doze of one lot of the painkillers and changed the one’s I take on a night time. I go back to see him sometime in October.

The second consultant is a neurologist – other wise known as the Hand Man (even though she’s a woman. I named her that before I knew she was a female ….). Back in October I began experiencing problems with my left wrist. My GP thought it might be Carpal Tunnel Syndrome so referred me to see the Hand Man.

After performing various tests on my wrist she confirmed it was CTS. I was then sent for a further test to determine how bad it was. The test showed that I had ‘moderately severe’ CTS and the only cure is surgery.

I am now waiting on a mobile physiotherapist to come and fit me with a wrist splint to wear in bed, with an appointment to see a Hand Surgeon to be made once the splint is in place.

I finally got to see the Back Man, having waited a year to see him since my last appointment. When I saw the Pain Man he kindly explained what had happened to my back so I was pre-warned as to what the Back Man was going to tell me. He showed me my MRI scan and no wonder I am in so much pain - the vertebra had moved a huge distance away from my spine….

The only surgery that can be done is to have rods put in my spine and to try and fuse the vertebra together. However it’s a very risky operation (paralysis, loss of wee and poo functions, etc) so I’ve got to think about it and see him at the end of this month. The answer will still be the same as the one I gave him in June – no way !!!!

My ‘count to ten and smile’ attitude to life is getting harder to do. My GP isn’t sure if it’s the cocktail of 31 tablets I take each day that’s causing it or it’s everything just catching up with me. Counselling is out so I’ve got two months to see if things settle down, then I have to go on the happy pills…..