Well, here we are, half way through the cruise so what can we say.

Before we go into detail, we’re anchored in Naxos Bay, just a few miles from Taormina in Sicily. Here’s today’s veranda view, with Mt Etna in the background. Yes – it really is smoking. 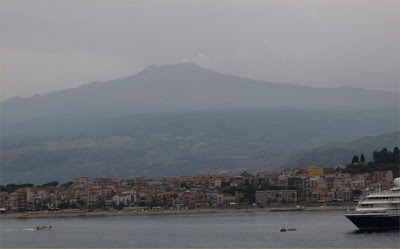 The average age is lower this time, in fact it seems to be getting lower all the time. Also, there are more “normal” people. There are still the super-rich, but not so many as there used to be. As a result, people are less likely to be snobbish and more likely to speak.

Possibly as a result of this the staff are even more friendly than before (if this is possible).

The mix of nationalities is also more pronounced, with people from India, Argentina, Germany and Belgium as well as the British, Americans and Australians.

The weather hasn’t been too hot, though it did reach 80 for a time in Malta yesterday. Today it was 72 F at 8 am but hasn’t changed much since then. Fine by us but no doubt some will complain.

As we said yesterday we were about to leave the Grand Harbour in Malta, and here are some of the pictures. 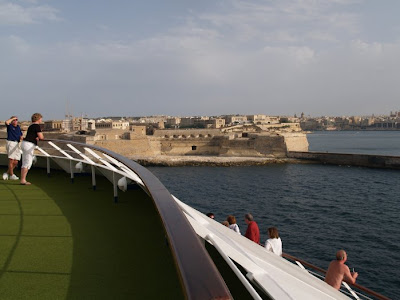 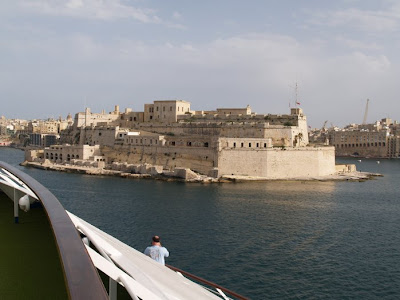 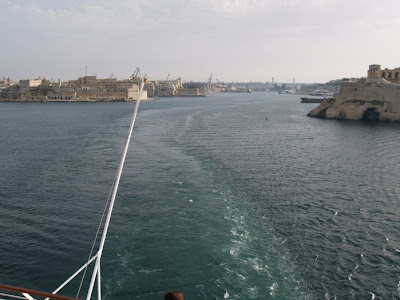 Here is the pilot wishing us bon voyage. 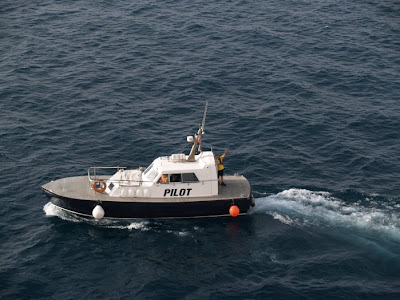 And finally, here’s our mystery man. We’re all trying to figure out if it really is Jeremy Clarkson. He looks a bit older, but then he’s not in his TV makeup, and he has all the mannerisms. He’s not listed in the guest list, but you can ask to be excluded. 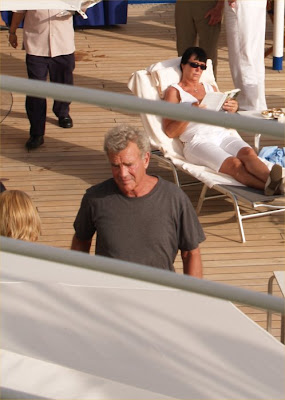