After a day off from blogging we're back. Yesterday was an at-sea day where we did very little. It was a bit windy in the morning, and the sea had a bit of a swell on it but this didn't prevent a tour of the bridge in the morning. By afternoon it was very hot. So much so that the ice carving demonstration by the pool had to be abandoned. As soon as they took the covers off the ice blocks the heat shock caused them to crack. Finally last night we had dinner with Marina, the guest relations manager.

Today we're in Dubrovnik. We're on the side of the ship away from land, so this is today's Veranda view. 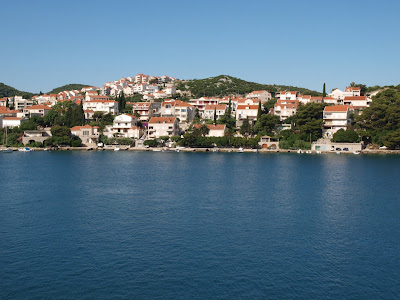 On the other side of the ship is the suspension bridge leading to Mokosica. 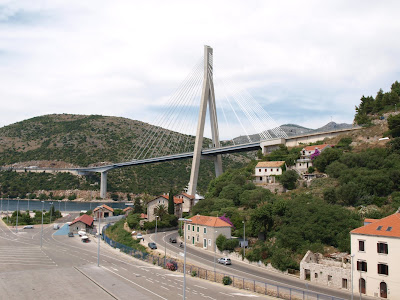 We took the bus into the old town, which made a very pleasant morning, if a little warm. Make that a lot warm. 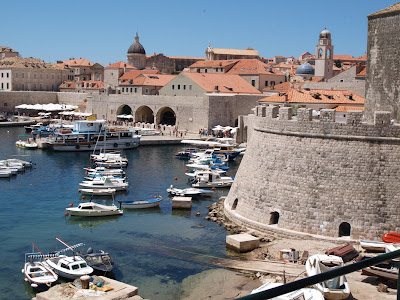 It's very impressive how they can have modern shops yet keep the character of the town. Whats more you wouldn't know how much of the area was damaged in the fighting just a few years ago (except that most of the roof tiles look brand new …). 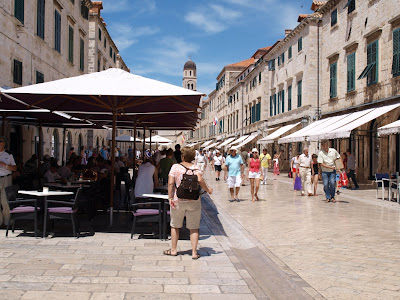 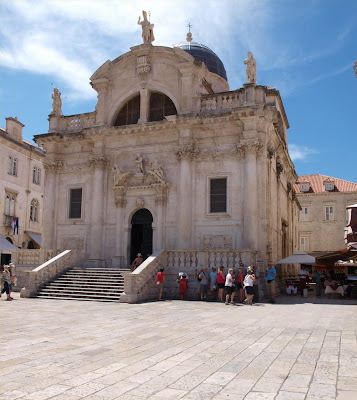 And finally did I say it was warm. 87 degrees at a quarter past five ... 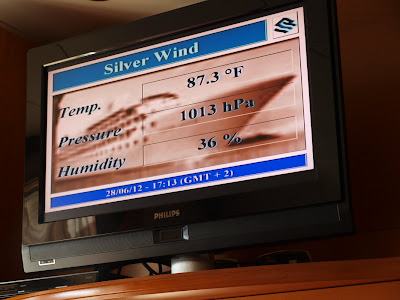